Why is Trip Insurance So Important?

Though not required on cruises leaving from and returning to a US ports, Pineapple Dream Vacations always recommends having a passport.  We also highly recommend purchasing trip insurance, which covers everything from cancelled flights, lost baggage to medical emergencies/medical evacuations.

Why does my Pineapple Dream Vacations travel professional make such a big deal about having a passport to go on a cruise when the cruise line doesn't require it?
Read the story about the little boy cruising with his family and he and his mom got stuck in Mexico. . .

OHIO BOY STUCK IN MEXICO
A Clark County boy and his mother are stuck in Mexico after his emergency surgery forced them off their cruise ship with no funds to pay for treatments.

Twelve-year-old Peyton Johnson and his mother, Christie, got off their Carnival cruise ship in Progreso, Mexico, after Peyton was diagnosed with appendicitis by the ship’s doctor, said Alex Karjala, Peyton’s father.

“This has turned into a terror vacation,” he said.

The Park Layne mother and son both did not travel with passports, which are not required for Carnival cruises that disembark and port at the same U.S. city, according to the cruise company’s website.

“Carnival highly recommends that all guests travel with a passport,” Vance Gullisken, a Carnival cruise line representative, said in an email Thursday.

The family did not buy travel insurance to cover any expenses from medical or trip emergencies, Karjala said. Now the pair are stuck in the Mexican city with hospital bills mounting — which must be paid for in cash, he added. 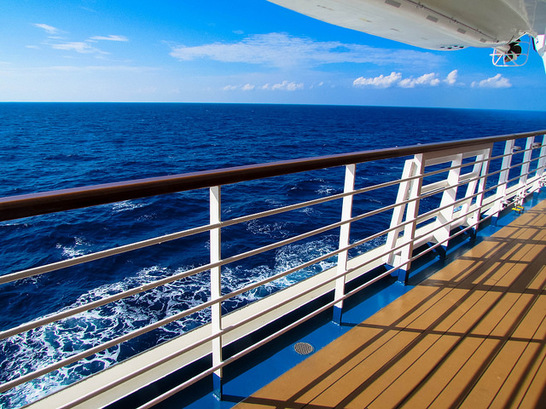 Many people who are nervous about cruising wonder how to not get sick on a cruise.  This is probably the number one reason why some people will never go on a cruise.  But ships are more stable than ever and there are many ways to combat seasickness.  While there are no guarantees that you will not get seasick though, this article will cover a few tips for making sure you can keep your composure on the high seas and enjoy every minute of your vacation.

Seasickness is caused by your body’s inner ear trying to keep up with the balancing act of unfamiliar motion.  Equilibrium is all controlled in the inner ear, and when you are seeing things moving that are “supposed” to be still, it can cause undue stress on your brain and cause nausea to set in.  Sometimes it takes people a few days to get their “sea legs” and nausea goes away completely.

Tips to avoid getting seasick on a  cruise shipRemedies for avoiding cruise motion sickness
You should always consult with your doctor before trying any medications or special homemade remedies just to make sure that you will not see any adverse reactions.
Home Remedies for avoiding cruise motion sicknessRemember that if you do get really sick on a cruise, there is always a nurse and medical staff on board to assist you. This is where having cruise or travel insurance can really pay off.

Certain cruise destinations are better for people who get motion sickness
If you go on a cruise across the Atlantic, chances are you are going to experience a lot more movement in the water due to the cold fronts and weather changes in the ocean.  So for first time cruisers worries about getting seasick I recommend taking a cruise to the Caribbean where the waters are usually calm.

Most of the time you can’t even feel the ships moving, especially when the weather is nice.  On the rare occasion that you have some weather the wave might make the ship move a little, but captains usually try to avoid any kind of weather and find you a nice sunny part of the ocean to enjoy your getaway.

Think about it, these ships could not have ice skating rinks on them with live performances if the ships were rocking back and forth.  On my first cruise I was shocked at how still everything seemed.  Once in a while you might feel some movement, but the technology is getting better all the time, and the bigger the ship the more stable it will be.

Most Common Excuses for Not Going ﻿on a Cru﻿ise﻿ 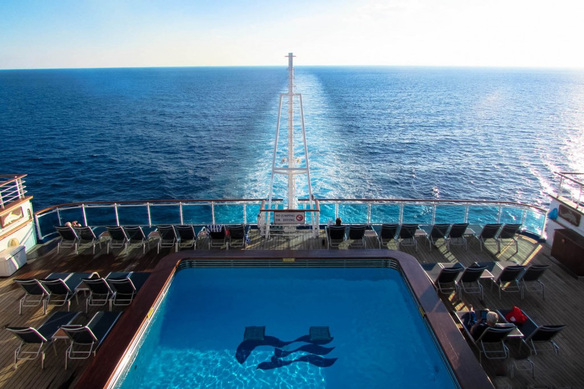 Want to convince a family member or friend to go on a cruise, but they keep giving you excuses?

I am always talking to people about how great cruises are, but there are a lot of people who are either afraid or hesitant about taking a vacation at sea.  Here are some common reasons you will hear for someone not wanting to go on a cruise and how you can convince them otherwise.

﻿﻿﻿﻿“It Costs ﻿Too ﻿﻿Much﻿”﻿﻿﻿﻿
This is one of the most common reasons people give, but the truth of the matter is that a cruise vacation is MUCH cheaper than most land-based vacations, especially when you consider that all of the food, lodging and entertainment is included.  Yes, there are many “extras” you can pay for like excursions, drinks, and fine dining restaurants, but you can get all the “free” amenities of a cruise for under $500 for a week per person.  Depending on when you buy and where you sail, cruises can be very inexpensive.

“It’s Too Crowded on a Cruise”
This was one of my preconceived notions before my first cruise.  I had this idea that there would be massive crowds everywhere I went, but this simply was not true.  These ships are so large that there are plenty of places on the ship where you can get some privacy, peace and quiet and feel like you are the only one on the boat.  The only places that might seem a little crowded are the pools during a sea day, but if you go swimming at night or while the ship is in port you can pretty much have the whole pool to yourself.

“I’m Afraid of a Ship Wreck or a Rogue Wave”
If someone gives you this excuse it will almost impossible to persuade them.  While rogue waves are VERY rare and rarely large enough to do any real harm to one of today’s large cruise ships, they can present a scary situation.   But if you look at the raw numbers you will see it is more dangerous to drive on the highway or fly on an airplane than to cruise on a ship.  And even after the Costa Concordia disaster there have been many safety precautions that have been implemented in today’s cruise ships to make this form of travel even safer than ever.

“I’m Afraid I Will Eat Too Much”
Cruise ships do not force you to eat anything if you don’t want to.  But if you are a compulsive eater you might have a hard time avoiding the delightful delicacies that adorn the ship’s buffet and main dining room.  At the same time there are also fitness gyms on these ships and you can hit a treadmill or elliptical to try to work off those calories while getting a great ocean view.

“There’s Nothing to Do on the Ship”
Whoever said this one has definitely not been on a cruise before.   What can you do on a cruise?  Everything from swimming, rock climbing, bowling, ice skating, shopping, movie watching, attending a show, singing, mini golfing, tennis, basketball, volleyball, and so much more.  There are always activities, games, game shows, crafts, and trivia games going on aboard these boats during sea days and if you can’t find something to do on a cruise ship then I’m afraid I can’t help you.  Beside that, sometimes it is nice to just do nothing.  After all, it is a vacation right?

“I’m Afraid I Will Get Seasick”
My wife was afraid of getting seasick before she went on her first cruise since she has had problems with seasickness before when she had gone fishing.  But these cruise ships are so huge you barely feel you are at sea at all most of the time.  My wife didn’t feel seasick one time on her first cruise.  These ships have stabilizers to keep them from rocking and unless you are in rough seas it should not be a problem for most passengers.    You should still bring some Dramamine though, just in case.

“I Want to Spend More Time at the Ports”
The thing I love about cruises is that you can visit so many different places at one time.  It’s kind of like a vacation sampler and you can get a small taste of all kinds of tropical locations.  There are some ports I visited that I would like to do a land vacation on some time.   But I never would have known this without going on a cruise there first.  Being able to visit 4 or 5 islands on an 8 day cruise is much cheaper than trying to fly to these ports and find hotels to stay in on each one of them, but if you want to spend more time at the ports a cruise is a great way to see which ports are your favorite.